Create a File with Node.js 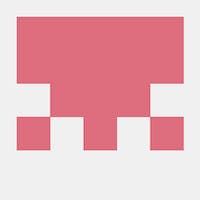 N.b: Most of the methods come in 3 forms, synchronous, callback and promise. N.b: To use the file system module, we need to import it. An example is shown below.

N.b: The term __dirname is a variable that returns the directory name where the current Node.js file running it resides. __dirname does not need to be imported.

This article will require that you have a code editor and Node.js installed on your system. You can create a file with a .js extension. To run the code, from your terminal pointing at the root folder where your file is you run node <YOUR-FILE-NAME>.js.

The open method accepts the file path as a required argument and returns a file descriptor(fd).

A file descriptor is a number assigned to an open file by the operating system in memory. This number is later used to identify and track this file. The open method is needed to be called first when calling methods that require the file descriptor, like the read and write method etc.

The open method will not create a non-existing folder. Ensure that the file is located in the last know folder.

This method is synchronous

This method is asynchronous and requires a callback function

This method returns a promise object, which resolves to an instance of the FileHandle object. The fileHandle is a wrapper for the integer file descriptor and contains a close method. Always close the fileHandle.

The fs.createWriteStream method creates an instance of fs.writeStream and returns the instance. It comes only in synchronous form.

The result variable will contain an instance of the writeStream object when successful and this contains all the methods and properties that can be called to take action on the file or get details of a file.

If you have gotten this far, Hurray. We considered two methods that can create a file, without needing the file content.

We are about to consider two methods for creating files that require passing in the file content.

They both have the three forms discussed earlier which are synchronous, callback and promise.

File system flags such as wx+ or wx for writing, and ax+ or ax for appending, can be added to ensure it fails if the file exists.

They both return undefined after executing.

When you pass the file content as an empty string '' it creates an empty file.

The writeFile method by default, comes with the write flag w.

This is a synchronous method.

To ensure it does not overwrite an existing file we add one of the flags specified above.

This method accepts a callback function as its last argument.

To ensure it does overwrite an existing file

This method returns a promise. In this example, we chain it with a then method and a catch method.

A flag can be added as a third argument as shown in the previous example.

This method by default comes with an a flag. This makes it possible to add content to an existing file. That is not the goal since we want to create a new file. Therefore all examples will contain flags that ensure that an exception is thrown if the file exists.

This method is a synchronous method

This method accepts a callback function as its last argument.

This method returns a promise

This article looks at four methods that can create a file in Node.js and the various forms each method has. It discusses some side effects it has if an already existing file is been called to be created by the last two methods. The data written into the file in the last two methods were lines gotten from songs I was listening to while writing. I hope you enjoyed reading this.